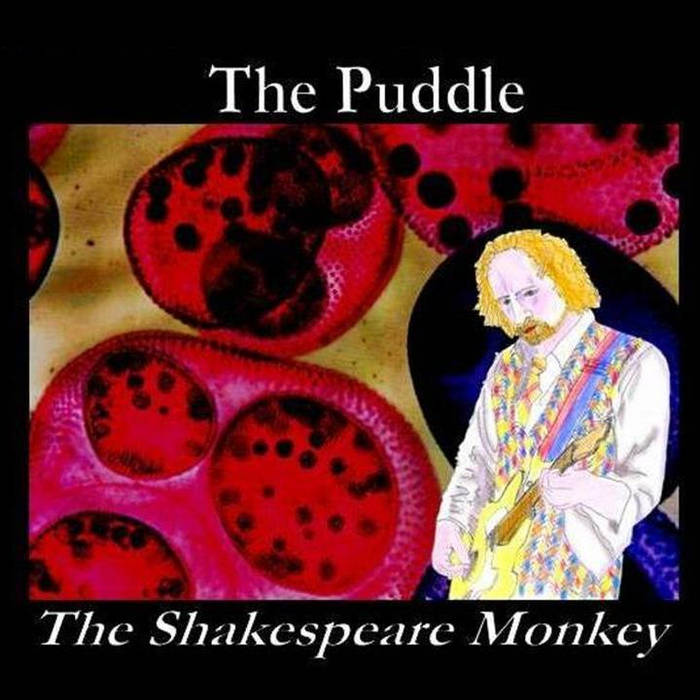 New Zealand psych-pop pioneers The Puddle, a revolving line-up of musicians assembled around the unstable core of George D. Henderson, have been around, in one form or another, since 1984. Three albums and a 7” single on Flying Nun between 1986 and 1993 attracted critical appreciation and notoriety in equal measures for “pop as shambling and sweet as you could possibly imagine”. In 1993 The Puddle toughened up and recorded the brainy outsider rock album, “Songs for Emily Valentine”, but, apart from a 1995 single on a French label, the SFEV recordings were not released until 2005. Then, in 2007 The Puddle released the acclaimed “No Love – No Hate” adding a further unexpected twist in the long, strange and frequently derailed odyssey of this unique NZ musical institution which “The Shakespeare Monkey” continues.

* * * * * * * * * *
“the pinnacle of the indie pop craft in Aotearoa.” * * * * The Southland Times
“Such tender vocals, such wonky guitars, such marvelous meandering arrangements, such knowing meditations on human frailty – indie pop comes no better” Sunday Star Times
“beautifully resigned guitar pop… full of the kind of articulate and well-read pop songs that made Henderson’s home country the epicentre of literate guitar music in the 1980s and ‘90s” Uncut
“encapsulates perfectly that distinctly velvety Aotearoan drone-pop sound… the tortoise of New Zealand rock finally honours his forgotten promise.” Sunday Times (UK)
“This is an album which keeps attention at every turn…Already in the Best of Elsewhere 2009. Unquestionably.” www.elsewhere.co.nz
“it places Henderson squarely where he has long deserved to be: among the pantheon of Kiwi rock deities... it's impossible to deny the charm of these 17 tracks." * * * * Otago Daily Times
“a new album of shimmering, shambling pop songs … this album makes a perfect soundtrack to summer” Real Groove magazine
" endearingly eccentric, with an almost hypnotically laidback feel that keeps you wanting more" SoundsXP (UK

Bandcamp Daily  your guide to the world of Bandcamp

New sounds from Mavi, Ivy Sole & Moderator, plus AJ, the One joins the show, for her latest release